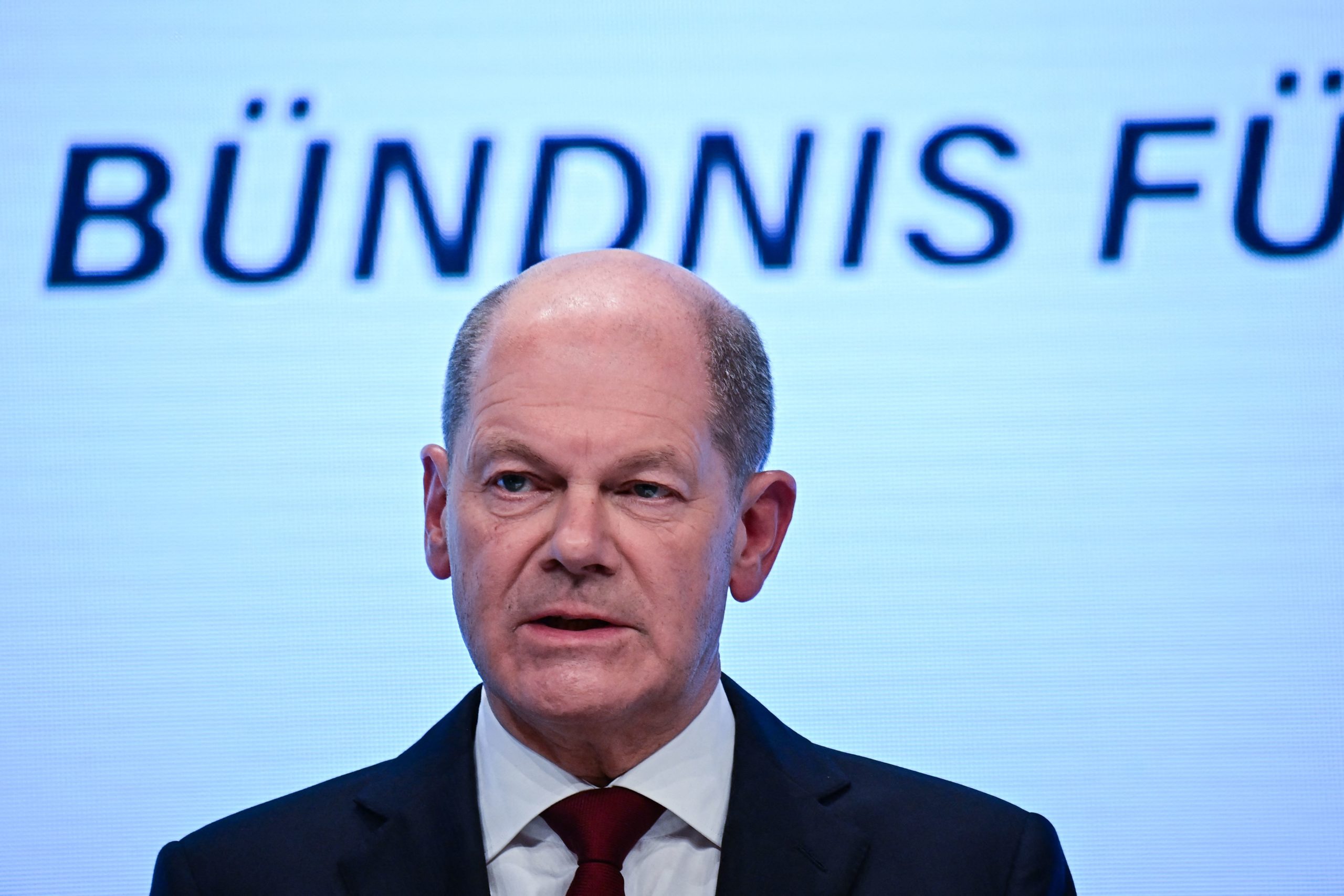 Germany’s incoming Chancellor Olaf Scholz is in favor of introducing mandatory coronavirus vaccination for all Germans as early as February, an official close to Scholz said.

During a crisis meeting Tuesday between the outgoing government of Chancellor Angela Merkel and the premiers of the German federal states, Scholz “signaled his sympathy for such a regulation,” the official told POLITICO.

Such a measure would have to be approved by the German Bundestag, the official said, adding that the mandatory vaccination could come “at the beginning of February.”

Germany’s vaccination campaign is lagging behind other EU countries like Portugal, Spain, Italy or Ireland, with only 68.5 percent of the population fully vaccinated against the coronavirus.

Scholz’s center-left Social Democratic Party and its two coalition partners, the Greens and the pro-business Free Democrats, presented a coalition agreement last week, at which he announced plans for a limited vaccine mandate for health and other essential workers. Yet Scholz, who is due to be elected chancellor next week, is already facing pressure to impose stricter measures amid surging coronavirus cases in Germany and the spread of the new Omicron variant.

Several premiers of German federal states have already spoken out in favor of mandatory vaccination, such as Bavaria’s Markus Söder who said Sunday that it was “the only chance” to end the pandemic. Stephan Weil, premier of Lower Saxony, told public broadcaster NDR on Tuesday that “mandatory vaccination will save us from having thousands of people fighting for their lives in intensive care units again next winter.”

Austria was the first Western country to announce mandatory coronavirus vaccination, which is planned to enter into force in February.

How Does Roulette Work When Playing at an Online Casino? » Entertainmentwise

How Does Roulette Work When Playing at an Online Casino? » Entertainmentwise