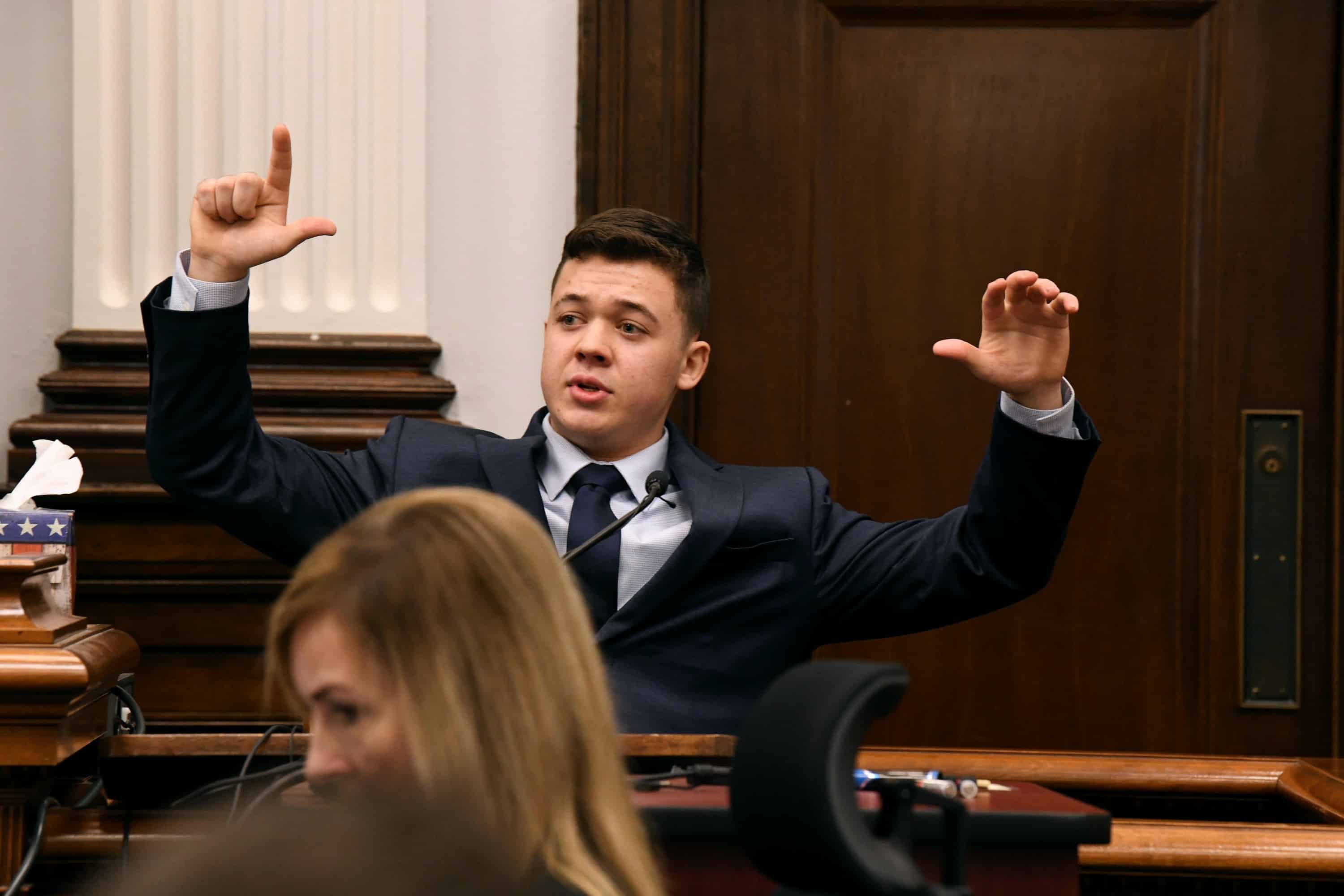 Roomies, it looks like Kyle Rittenhouse is trying to live an everyday normal life, but the backlash from the general public won’t let him. Many people are angry that he was acquitted on all charges in the shooting deaths of two men and the injury of another in Kenosha, Wisconsin, last year, and they continue to speak on it online. Kyle attempted to have a sense of normalcy and attend college courses at Arizona State University (ASU) in Tempe, AZ, but his time ended before it began. He has temporarily unenrolled in his classes due to student unrest.

According to Fox News, ASU released a statement detailing his absence. “Kyle Rittenhouse has not gone through the admissions process with Arizona State University and is not enrolled in the Edson College of Nursing and Health Innovation. ASU can confirm that Mr. Rittenhouse enrolled as a non-degree seeking online student for the session that started Oct. 13, 2021, which allows students access to begin taking classes as they prepare to seek admission into a degree program at the university.”

Once news broke that Kyle would be attending ASU, students began to organize and speak out against him furthering his education there. Reports state groups on campus began to refer to him as “Murderer Kyle Rittenhouse.” ASU Students for Socialism, Students for Justice in Palestine, Multicultural Solidarity Coalition, and MECHA de ASU have all called for his removal recently in an upcoming rally on Dec. 1 and asked the administration to “reaffirm support for the multicultural center on campus as a safe space from White Supremacy.”

Although Kyle is no longer enrolled in the university, Fox News also reports that this change is temporary because he plans to re-enroll. His spokesperson Dave Hancock told Fox News that professors advised Kyle to withdraw from his online classes this morning. “Amid his most recent semester, Kyle’s professors at Arizona State University recommended a compassionate withdrawal of his online classes. Now that the trial is behind him, Kyle is eager to enroll in more classes. He is hopeful that attending Arizona State in person will soon be an option,” Hancock said.

Kyle’s decision isn’t stopping current students from moving forward with the planned rally in the upcoming days. ASU Students for Socialism tweeted last night, “It’s good to see he knows he’s not welcome here. We’ll still be there Wednesday to tell the administration to support our other demands.” Roomies, do you think Kyle Rittenhouse should still attend college?

Want updates directly in your text inbox? Hit us up at 917-722-8057 or https://my.community.com/theshaderoom