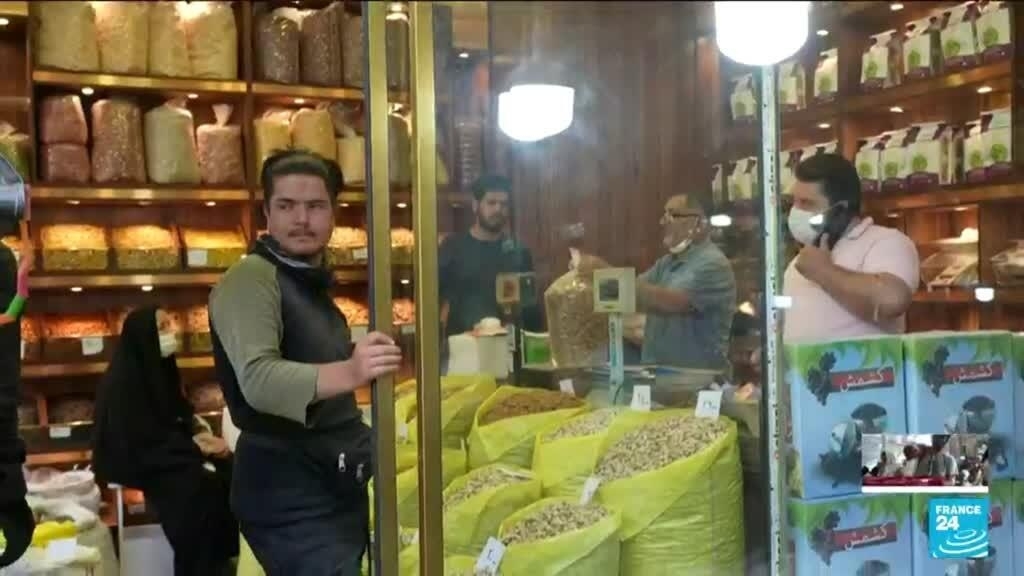 Prices for imported goods have skyrocketed in Iran since former US president Donald Trump withdrew from the 2015 nuclear deal and imposed economic sanctions on the country. Merchants and consumers are continuing to bear the costs.

Sacks of California-grown walnuts have arrived at a Tehran bazaar via China and Dubai. “If you look at the paperwork, it says they were imported from China,” a merchant told FRANCE 24.

Consumers face the resulting high prices, as well as a year-on-year inflation rate in Iran that reached nearly 50 percent in February, according to the World Bank.

“The inflation is very serious. A simple employee cannot afford his everyday needs,” a shopper said.

At an auto parts store, a customer asks why the price of a rear ceiling light went up since the last time he visited.

“We can’t purchase directly: the Turkish traders buy and we buy from them,” the merchant explained to FRANCE 24. “It would be better if the sanctions were lifted, but I don’t think anything is going to change.

Click on the video player to watch our full report.