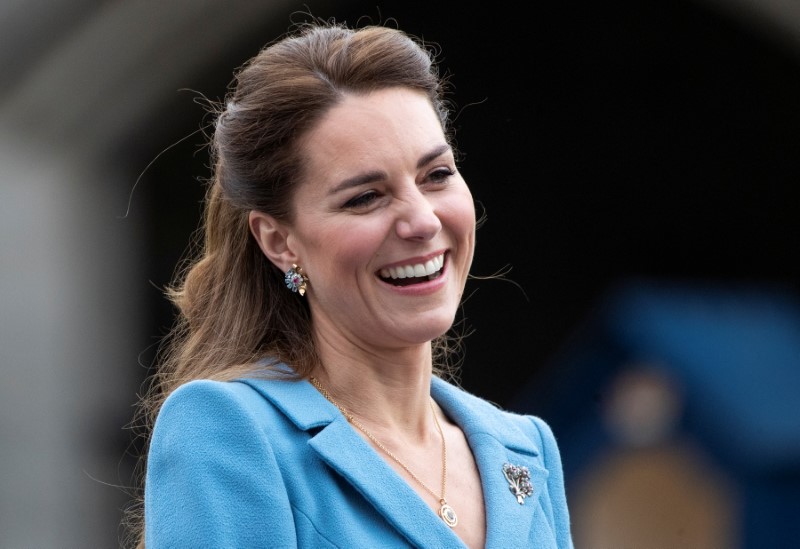 © Reuters. FILE PHOTO: Britain’s Catherine, Duchess of Cambridge reacts during a Beating of the Retreat at Holyroodhouse Palace in Edinburgh, Scotland, Britain May 27, 2021. Jane Barlow/PA Wire/Pool via REUTERS

CARBIS BAY (Reuters) – U.S. first lady Jill Biden will join Kate, Duchess of Cambridge, for a trip to a school in Cornwall as the senior members of Britain’s royal family join world leaders for series of events around the G7 summit on Friday.

Queen Elizabeth, her son Prince Charles and his wife Camilla, and the heir’s eldest son Prince William and wife Kate will all later join the heads of the some of the world’s richest nation who are gathering for a three-day meeting in southwest England.

Before that, Biden, the wife of the U.S. president, will visit a school with the duchess where they will meet young children, and then speak to some childhood experts, her office said.

The trip echoes similar school visits by former U.S. first ladies Melania Trump and Michele Obama on their trips to Britain, although they did not have a royal to accompany them.

Kate, who has three children with William, has made the issue of the early years of childhood one of her main focal points of her charity work.

The British royals are playing a prominent role at the G7, with Charles and William also hosting an event between business chiefs and the world leaders to discuss how the private sector can work with governments to tackle climate change.

“As Head of State, The Queen regularly speaks to world leaders and key diplomatic figures as part of the vital role she plays as a figurehead for the UK and Commonwealth,” a message on the 95-year-old monarch’s Twitter account said.

The queen, who will also take part in an event with Kate after the G7 reception, is also due to meet the Bidens for tea at Windsor Castle on Sunday after the summit has concluded.

“Joe and I are both looking forward to meeting the queen,” the first lady said on Thursday. “That’s an exciting part of the visit for us.”