EU urges Poland to step back from ‘legal primacy’ clash 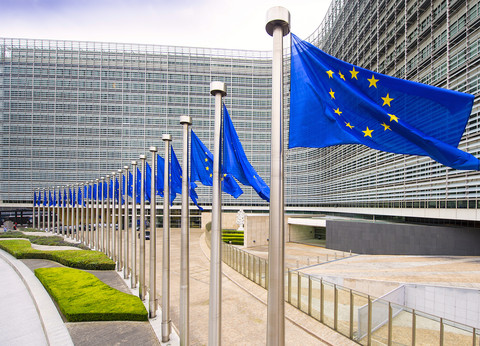 The European Commission has asked Poland not to question the primacy of EU over national law, eliciting furious rebukes from the Polish government.

EU justice commissioner Didier Reynders issues the request in a formal letter to Warsaw this week, his spokesman said on Thursday (10 June).

It came after the Polish prime minister, Mateusz Morawiecki, had asked Poland’s constitutional court for a verdict on the issue in March.

“The Commission is concerned about this motion as it contests fundamental principles of EU law, in particular the primacy of EU law,” Reynders’ spokesman said.

“All judgements of the European Court of Justice are binding on member states’ authorities, including national courts. The Commission therefore requests the withdrawal of the motion of the prime minister with the Constitutional Tribunal,” he said.

Poland had one month to reply, he added.

But for his part, Morawiecki fired back a verbal response the same day.

“I considered our right to submit our question as important, as such a potential collision [between EU and Polish laws] is possible,” he told media, according to the AP news agency.

And Poland’s justice minister, Zbigniew Ziobro, was even more outspoken.

“This is evidence of an obnoxious, colonialist attitude toward Poland,” Ziobro said.

“I can’t recall a case in which some party secretary in Moscow wrote to Wojciech Jaruzelski [a Polish communist-era leader] or one of his predecessors, demanding that he withdrew a motion from the court … even in those times they kept up appearances [of Polish sovereignty],” he added.

The commission, earlier on Wednesday, also initiated legal proceedings against Germany to force it to declare EU law had precedence over German law.

The German constitutional court in Karlsruhe had challenged the idea in a recent judgement.

The Polish verdict was due to come out in April, but has been delayed.

Meanwhile, most of the judges on the Polish constitutional tribunal have been appointed directly by Morawiecki’s nationalist-populist Law and Justice party and are expected to rule against EU interests, amid EU concern about lack of judicial independence in Poland.

The fact Ziobro had “unfettered, unreviewable, and non-transparent discretion” on top jobs for judges was underlined as a concern in an opinion by a legal expert at the EU court in Luxembourg last month, for instance.

The Polish regime did not give “reasonable confidence that judges … are not subject to external pressure and political influence, and have no vested interest in the outcome of [cases],” the EU expert said.