by The New York Press News Agency
in Middle East
0 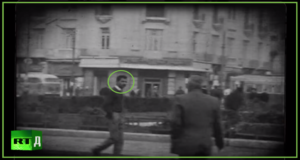 Experts suggest Israeli spy Eli Cohen’s legendary status and the rumors of recent Israeli-Syrian back-channel talks of normalization may be the impetus behind this recently released video, 55 years after his public execution in Syria.
– WATCH the RT Documentary (in English)

Russian news giant RT recently released a video it says shows Eli Cohen, the famous Israeli spy, walking in a Damascus street. The video, unclear and no more than a few seconds in length, has generated headlines throughout the region, both in Arabic and in Hebrew. Experts attribute the interest to Cohen’s legendary status and recent Russian efforts to try and facilitate a normalization agreement between the two enemy countries. 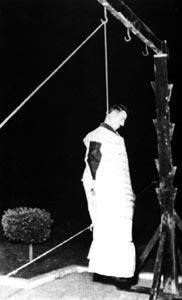 Eli Cohen, publicly hanged in the Marjeh Square, Damascus on 18 May 1965 – public domain

This story is one that could easily have found its way to the pages of a thriller novel. An Israeli agent, born and raised in Egypt, infiltrates the highest strata of Syrian political and military leadership at the height of animosity between the countries. Using his connections, he visits military bases and outposts, gathering information that former Israeli prime minister Levi Eshkol later said “saved Israel many brigades” during the 1967 war, and brought victory to the small country.

While it may seem beyond the limits of imagination, this is exactly the story of Eli Cohen, an Israeli intelligence agent who was later caught, tried and hanged in a Damascus square. And despite the decades that have passed, his memory continues to be strongly present in the region.

RT recently released a documentary, titled “Spyfall,” about Cohen that includes the video clip, shot by a former Soviet military official, that purports to show the Israeli agent. And while the video is just seconds long, and one cannot even be sure that it is, indeed, Cohen who saunters through the frame, Arab and Israeli media have generated dozens of articles about those few seconds.

Oraib al-Rantawi, founder and director general of the Al-Quds Center for Political Studies in Amman, points to current events as a major contributor to the great interest in the video. The video was released while in the background there are “serious actions by the Russians and by the Syrian government” to find the remains of Cohen and Israeli soldiers killed in Syria long ago, he told The Media Line.

“I hear news from my colleagues in Damascus,” he said. “Russian experts, everyday almost, digging in the Yarmouk cemetery, where it is expected his body may be buried.” The Syrian Observatory for Human Rights reported on Tuesday that Russian forces have been digging for more than three weeks in the cemetery at the Yarmouk refugee camp south of Damascus in search of the remains of the Israeli agent as well as Israeli soldiers.

Al-Rantawi says recent talk of possible normalization between Israel and Syria is also generating interest in the video. People are watching the video “carefully,” trying to understand who’s behind it and why it has been released now – and what message it is trying to convey, he said,
“In a time in which we are fully aware of the Russian attempt to enter the Middle East peace process through the Syrian gate” by trying to bring the Syrians and Israelis to the negotiating table, the video is attracting attention as people try “to understand if there is a message behind it, from Russia, from Damascus, and what it may mean for the upcoming scenarios when it comes to the Syrian-Israeli relationship.”

Dr. Marwa Maziad, a scholar in the Washington DC-based Middle East Institute and an expert on civil military relations, also connects the video and the interest it generated to Russia’s recent activity in the region. The video “is almost a Russia-Israel conversation,” she told The Media Line, with Russa “telling Israel that we’re in Syria, Syria is our ally, we’re present here.”

The interest the video generated in Israel, she believes, has to do with the Russian message reiterating their alliance with the Syrians on one hand, but also signaling the Russian ability to help Israel. The Arab world, in turn, is following what it correctly identifies as a conversation between Israel and Russia, wondering where it will lead. Maziad estimates that a Russian-brokered, Israeli-Syrian relationship would be welcomed by many Arab countries, as this would distance Assad from his Iranian ally, and lower the chances of an Islamist uprising ousting a strengthened Syrian regime.

Brig. Gen. Ephraim Lapid, a retired senior intelligence officer in the IDF and author of the book “The Israeli Intelligence Community: An Insider’s View,” grounded Israeli attention to the video in more distant events. “He was the only one in our history, in all 70 years of the country that as an [intelligence] combat operative in a target country was caught, tried, executed – and his body was never recovered,” Lapid told The Media Line.

The information supplied by Cohen proved very valuable in Israel’s conflict with Syria over the water from the Jordan River, during a period when the issue was central to the small country and Syria intended to divert the river’s flow, Lapid said. To this day, Cohen is recognized throughout Israel as “our man in Damascus,” a moniker Lapid says was coined by journalists many years ago, and later became a part of Israeli folklore.

Lapid believes that the prominence of Cohen’s character in the Arab world has to do with the sense of triumph that accompanied his capture. The Arab countries knew that he was the only Israeli spy they had managed to capture, “and for them it was a big accomplishment.”

Al-Rantawi said Cohen’s successful escapades, rather than his hanging, have captured the public’s imagination. “He became a legendary spy and all the stories around him are attractive to the public,” he said. The masterful infiltration into Syria’s elite circles, he said, had generated stories – not all of them true – that circulated in the Arab world. “Since I was a kid, I still remember what my father told me about Eli Cohen, and I was very young,” he said.

Enjoyed this article? For more stories from The Media Line go to themedialine.org

For decades, Syrians have been feed lies to perpetuate and maintain hostilities against Israel. This has been ongoing since Israel’s independence in 1948. Many attribute this madness on multiple reasons, depending on the era and political expediencies.
First is was simple: Jews cannot control land that’s been ‘liberated’ by Islam.
Then the PLO began their propaganda campaign against the Jewish State.
Later, it turned into a ‘National Policy’ to have captured sections on the Golan Heights (during the 6 Day War) returned to Syria.
Finally, and having been concurrently needed for internal political control, hating Israel and uniting the wide & diverse population against a single antagonist, the ruling al-Assad family was able to sidetrack the ails of inept and autocratic rule by blaming all that’s wrong on the Jews & Israel.

After attending tens of thousands of injured Syrians and providing medical assistance to their sick & suffering during a civil war that ended basic medical attention to the civilian population, Israel is now known to be the opposite of what they’ve been told: Compassionate, empathetic and friendly. 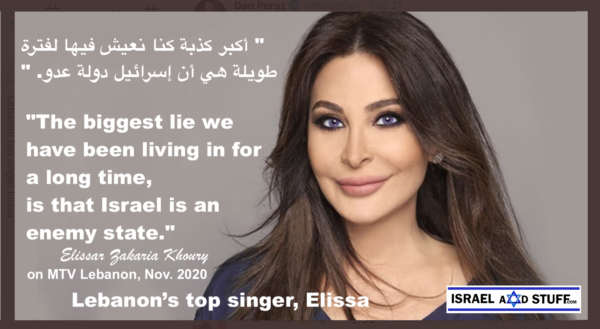 – Maybe this news will spread far and wide… Inshallah!

‘as a light unto the nations’