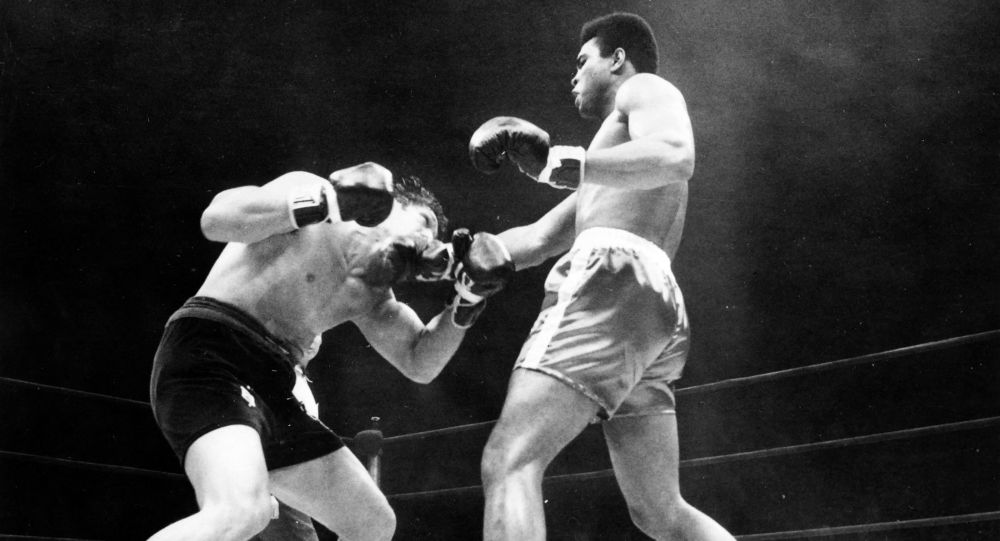 Oscar Bonavena shared a ring with Muhammad Ali and Joe Frazier and his funeral was attended by thousands of mourners but he is still little known outside his native Argentina. Now a new book has been written about the boxer, which re-examines his mysterious death.

Thousands of mourners, including a former President of Argentina, attended the funeral of boxer Oscar Bonavena in 1976.

Bonavena had been defeated by Smokin’ Joe Frazier for the world heavyweight title in 1968 and two years later suffered his one and only stoppage at the hands of Muhammad Ali.

Patrick Connor, who has just written a book about Bonavena, said there were a “lot of missed opportunities” in his career and when he died he left behind “unfulfilled potential”.

In his book, Shot at a Brothel: The Spectacular Demise of Oscar “Ringo” Bonavena, Connor examines the life and death of a fighter who was right up there among the best in the 1960s and 1970s.

Connor told Sputnik: “He was a very physical fighter, very awkward, but deceptively skilled. When you see a fighter who does a lot of pushing and mauling that’s considered unskilled but it’s actually several skills.”

He said: “Bonavena was not very fast, he was a bit plodding. He was not a huge puncher. He didn’t have that one-punch concussive power like George Foreman, but he did have a good left hook and a good uppercut and he landed them all on Frazier and hurt him real bad.”

Bonavena made his professional ring debut at New York’s famous Madison Square Garden and won his first eight fights before dropping a decision against Zora Folley, a top contender, in 1965.

In September 1966, he lost to the unbeaten Frazier but, after avenging his defeat to Folley, Bonavena was given another tilt at Frazier, who was by then world champion.

Bonavena lost on points but he rebuilt his reputation and gained a shot at Ali after winning a string of fights.

Ali stopped him in the 15th and final round and in the process earned a shot at Frazier for the world title.

Bonavena bounced back but lost again to former champ Floyd Patterson in 1972 and to rugged puncher Ron Lyle in 1974.

Connor said: “Every time he took a step up he was defeated. Life distracted him. A lot of things were going on in his life.”

Bonavena had been lined up to fight former champion George Foreman and top contender Ken Norton in the last months of his life but both fights fell through.

His last fight, in February 1976, was a unanimous points victory over Billy Joiner in Reno, Nevada.

Three months later he was dead – shot through the heart by Ross Brymer, a security guard who worked for Joe Conforte, the owner of the famous Mustang Ranch brothel outside of Reno.

Brymer, who had claimed he thought Bonavena was reaching for a gun as he crouched down behind a parked car, went on trial for murder but his first trial collapsed. Just before the retrial he pleaded guilty to a much less serious charge, manslaughter, and was released in 1979.

But there has always been a suspicion that Bonavena was deliberately killed on the orders of Joe Conforte because he was sleeping with his wife Sally, who had been promoting the Argentinian’s fights.

Joe Conforte told the trial: “One of the biggest mistakes of my life is when he came in. I took him to my home instead of my hotel. As soon as he moved into my house, he got real chummy with my wife.”

Oscar Bonavena was adored in Argentina and thousands attended his funeral

Joe Conforte died in 2019 and took his secrets with him to the grave.

As for Bonavena, Connor said he believed the fighter suffered from some kind of “psychiatric disorder.”

“He always wanted to be the centre of attention and often did it in a mean or cruel way. But he was a loving father. He loved his children and his wife, even when he was estranged from her,” said Connor.

Go Inside The Mind of Dior’s Master Perfumer